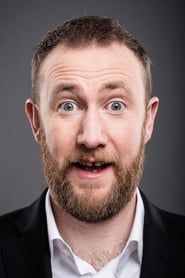 Alexander James Jeffrey "Alex" Horne is a British comedian. Horne is the creator of Taskmaster, a comedy panel show in which he is the assistant to "Taskmaster" Greg Davies, who judges comedians on various absurd tasks they are asked to perform. He is also the host of "The Horne Section", a live music variety show which has been broadcast on BBC Radio 4.

MOVIE CREDITS:
2010: Himself - Presenter - The Games That Time Forgot: Cricket on Horseback and Other Forgotten Sports
2018: Himself - Ken Dodd: How Tickled We Were