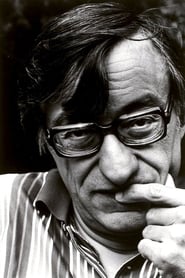 Pierre Georges Cornil Jansen (28 February 1930 – 13 August 2015 at Saint-Pierre-Saint-Jean) was a French film scores composer. He was in particular the permanent collaborator of Claude Chabrol for whom he composed the music for many films.

From 1952 onwards, he regularly attended classes with Olivier Messiaen and participated in the Ferienkurse für die neue Musik in Darmstadt. In 1958, a suite for piano and 18 instruments was premiered in Darmstadt, and later performed in Paris during a concert of the Domaine musical.

In 1960, he renounced the achievements of the avant-garde and devoted himself to film music. He collaborated with Claude Chabrol of whom he became the official composer. About Pierre Jansen, the director of the French New Wave said: "I met a brother in music." while the latter described his meeting with Chabrol as "decisive and unexpected.". He then worked with Claude Goretta, Francis Girod and Pierre Schoendoerffer. He also collaborated for television by composing music for Serge Moati and Josée Dayan.

In 1985, he composed for silent cinema, in collaboration with Antoine Duhamel, an extensive score for large orchestra to accompany the images of David Wark Griffith's famous Intolerance. This work was premiered by the Orchestre national d'Île-de-France (Jacques Mercier conducting) and screened live at the Théâtre des Amandiers, then at the Festival d'Avignon.

A version of this film, newly restored, was made in 2007. It required a new adaptation of the score. Rerecorded under the direction of Jean Deroyer, it was broadcast on Arte. This version is available on DVD.

Gradually abandoning film music because he did not want to fall into commercial ease, he then devoted himself to his own work by composing concerts pieces.

He taught orchestration at the École normale de musique de Paris, as well as at the Conservatoire de Paris (CNSMDP).