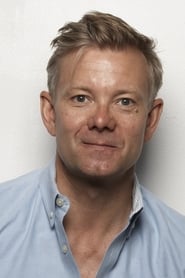 Casper was born in Birkerød, Denmark in 1968. In 1987, he bought a tape Of American stand up comedian Steve Martin. Casper admired the Oscar-host to-be greatly. As did his co-workers on _Casper & Mandrilaftalen (1999)_, Frank Hvam, Lasse Rimmer and Lars Hjortshøj, Casper started out in stand-up comedy. His work in this business led to a deal with Danish TV-network DR, and Casper started doing a children's show called Hvaffor en hånd (1991). After doing a couple of shows for the young Danish people, Casper hit the big time with quiz show _"Husk lige tandbørsten" (1994)_, which he hosted, with help from Annette Toftgårdm whom he later married. _"Husk lige tandbørsten" (1994)_ had made Casper the darling of Danish television. A status which was jeopardized with Casper's follow-up: Safari (1996), which he made with his friend Lars Hjortshøj.