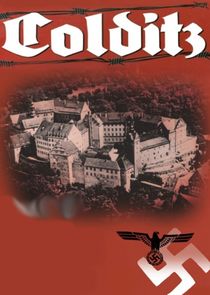 Colditz is a British television series co-produced by the BBC and Universal Studios and screened between 1972 and 1974.

The series deals with Allied prisoners of war imprisoned at the supposedly escape-proofColditz Castle when designated Oflag IV-C during World War II, and their many attempts to escape captivity, as well as the relationships formed between the various nationalities and their German captors.