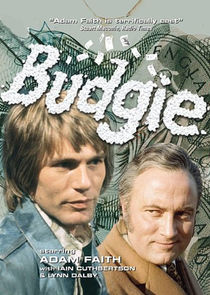 Classic 1970s drama, starring Adam Faith as petty crook Ron 'Budgie' Bird. Recently released from prison, Budgie soon finds himself embroiled in more petty scams and get rich quick schemes, none of which seem to end in success, and all of which seem to get Budgie in trouble with the police, and with his dodgy underworld boss, Charlie Endell (Iain Cuthbertson).