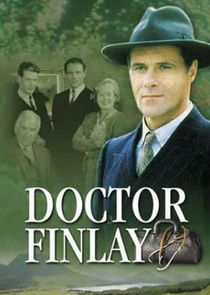 Doctor Finlay is a British television series based on A. J. Cronin's stories about the fictional hero, Dr. Finlay.

It is a follow-up to Dr. Finlay's Casebook, the successful BBC series and takes place in the 1940s after John Finlay returns from war service. Early storylines include the setting up of the new National Health Service and the modernisation of the medical practice at Arden House, Tannochbrae, Scotland.