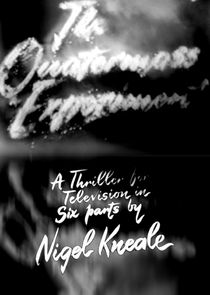 The Quatermass Experiment is a British science-fiction serial broadcast by BBC Television during the summer of 1953 and re-staged by BBC Four in 2005.

Set in the near future against the background of a British space programme, it tells the story of the first manned flight into space, supervised by Professor Bernard Quatermass of the British Experimental Rocket Group. When the spaceship that carried the first successful crew returns to Earth, two of the three astronauts are missing, and the third is behaving strangely. It becomes apparent that an alien presence entered the ship during its flight, and Quatermass and his associates must prevent the alien from destroying the world.