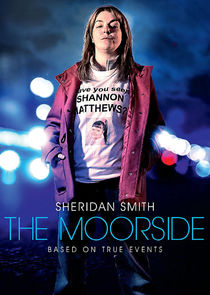 Following the disappearance of nine year-old Shannon Matthews from The Moorside Estate in Dewsbury, the police and community mount a frantic search. Despite their efforts, no trace of her can be found and within a few hours the police investigation takes on the scale of a murder enquiry.

Emotional public appeals for information from her mother Karen Matthews amount to nothing, and the community, led by Julie Bushby, stand by her and make extraordinary efforts of their own to find Shannon.

Despite the support, doubts are beginning to creep in for some regarding Karen's behaviour. Friend and neighbour Natalie struggles with her conscience as she becomes convinced that Karen knows more than she is revealing.

Just as all hope is close to fading, Shannon is found alive. The wild celebrations of Julie and the community are rapidly cut short when they learn that Shannon was being held by a man known to Karen.