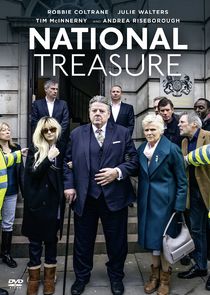 Jack Thorne's compelling and timely new four part serial drama, National Treasure, examines accusations of sexual misconduct against a fictional public figure and explores their impact on the accused and those most closely associated with him as he is brought to trial.

Paul Finchley is one half of a much loved comedy double act – a cherished household name with a career that spans several decades. He's not quite as successful as he once was, but nevertheless he's frequently recognised on the street, affectionately called upon by taxi drivers to repeat his famous catchphrase and is a familiar face in the TV schedules. He's a bona fide national treasure.

Then he receives a knock at his door. Faced with an accusation of rape from the 1970s, the life of this adored old man begins to unravel...