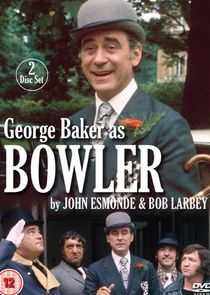 Bowler was a short-lived British Sitcom which originally aired on ITV in a single series of 13 episodes between 29 July and 21 October 1973. A situation-comedy, it was a spin-off from The Fenn Street Gang featuring George Baker as East End criminal Stanley Bowler.

Released from prison after serving a prison sentence, Stanley Bowler sets about trying to 'better' himself. The basic premise of the series revolves around Bowler's attempts to develop (and to project to others) a more cultured personality, as he tries (but fails) to understand the fine arts, and to move into higher social circles.