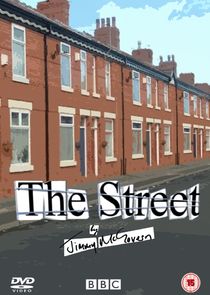 Prolific television writer Jimmy McGovern is the creative force behind this award-winning drama, which first aired on the BBC. Each season consists of six one-hour episodes that tell stand-alone stories about the residents who live on the same street in Manchester, England. Timothy Spall, Jim Broadbent, Gina McKee, Jane Horrocks and David Thewlis are among the all-star cast who have appeared on The Street.