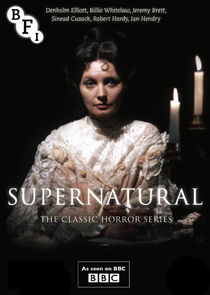 Supernatural is a British anthology television series that was produced by the BBC in 1977. The series consisted of 8 episodes and was broadcast on BBC1. In each episode, a different prospective member of the "Club of the Damned" would be required to tell a horror story, and their application for membership would be judged on how frightening the story was.