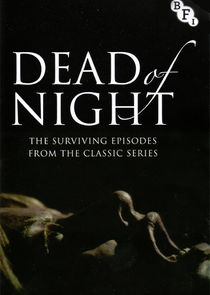 Dead of Night was a British television anthology series of supernatural fiction, produced by the BBC and broadcast on BBC2 in 1972. It ran for a single series; of its seven 50-minute episodes, only three—"The Exorcism", "Return Flight", and "A Woman Sobbing"—are known to survive in the BBC's archives. Another programme made by the Dead of Night production team under Innes Lloyd, The Stone Tape, intended to be the eighth episode, does survive in the archives but was not broadcast under the Dead of Night banner.