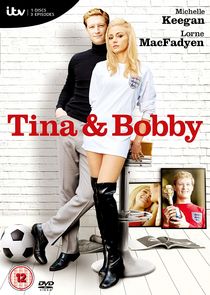 Tina and Bobby is an epic love story about an ordinary girl who falls for an ordinary boy only to be swept up in an extraordinary life. Nineteen year-old Tina Dean married Bobby Moore for love, little knowing that their marriage would be defined by history.

Tina struggled as a housewife but Bobby's star ascended as he became England captain aged just 23. When Tina fell pregnant their future looked bright… until Bobby was diagnosed with cancer. Sworn to secrecy, Tina proved Bobby's rock as he fought his way back to fitness but he and Tina clashed when a stand off with his club manager jeopardised his World Cup prospects.

When England won the World Cup in July 1966, Bobby became a national hero and Tina was jettisoned from suburban housewife to a role in the spotlight. She and Bobby became football's ‘golden couple' and Tina was the first WAG. But their celebrity lifestyle came at a cost. Bobby was arrested while training for the 1970 World Cup and they were the targets of a kidnap threat.

When Bobby's playing career waned and business decisions left them in debt cracks started to show in their relationship and Tina faced the biggest battle of all, to save their marriage.