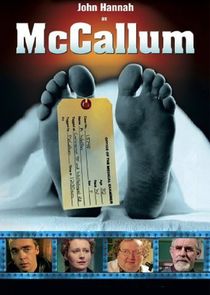 Gritty and realistic, McCallum stars John Hannah as forensic pathologist Dr. Iain McCallum. Working in the morgue of St. Patrick's Hospital in London's East End, McCallum and his colleagues find and interpret forensic evidence, using their skills to ensure that the guilty are punished and the innocent go free. Driven in part by his own demons, and caught between budget constraints and demands by the police for quick answers, McCallum often finds himself launching his own independent investigation into the lives of the deceased.