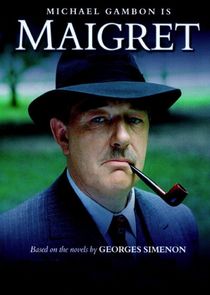 Based on the novels by Georges Simenon, Michael Gambon plays the eponymous detective from the Sûreté in this 1992 revival of the 1960s BBC drama series. Maigret is an intuitutive detective, who investigates his cases by watching and listening, getting to know everyone on his list of suspects until someone makes a slip or breaks down and confesses.