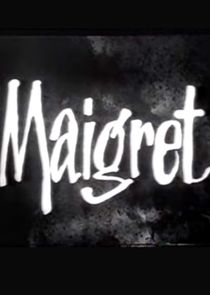 Maigret was a British television series made by the BBC and which - following a pilot episode broadcast in 1959 - ran for 52 episodes from 1960 to 1963.

Based on the Maigret stories of Georges Simenon, the series starred Rupert Davies as the Sûreté detective Commissaire Jules Maigret, and featured Ewen Solon as Lucas, Helen Shingler as Madame Maigret and Neville Jason as Lapointe.