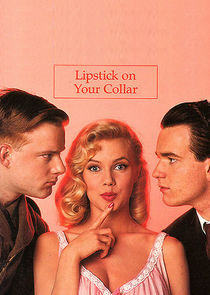 From one of the most creative, daring, and provocative British writers, "Lipstick on Your Collar" was the last work by television writer, playwright, and screenwriter Dennis Potter, to be produced during his life. He died of cancer in June of 1994. Part musical, part romantic comedy, part male fantasy, the story revolves around Private Francis Francis who has just been assigned to the British War Office, as an Army Intelligence clerk, in 1956.