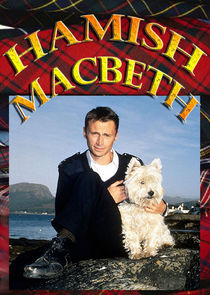 Hamish Macbeth was a drama series that aired on BBC One from 1995-97. It was based on a series of mystery novels by M. C. Beaton.

Macbeth, accompanied by his dog named Wee Jock, keep the peace in the small town of Lochdubh. Macbeth does this in his own way, without undue reliance on the letter of the law and with every intention of avoiding being promoted out of what is his ideal job. He strongly dislikes involvement from Inverness police, and sometimes his main work doesn't seem to be the capture of local very petty criminals, but to keep them away from prison and penalties.