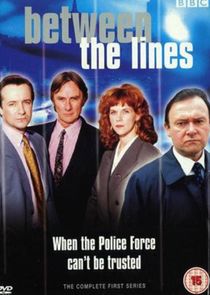 Between the Lines was a police drama that aired on BBC1 between 1992 and 1994. The series centred on the life of Detective Superintendent Tony Clark, an ambitious member of the Complaints Investigation Bureau (CIB), an internal organization of the Metropolitan Police that investigates claims of corruption inside the police force.