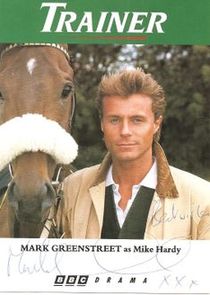 Trainer was a British drama series that aired on BBC for 2 seasons between 1991 and 1992. The series was set in the world of horse racing and followed Mike Hardy, an aspiring horse trainer keen to set up his own stables.