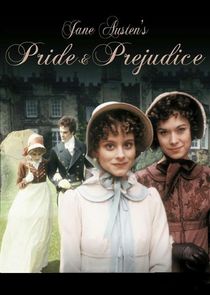 In Jane Austen's classic novel Pride and Prejudice, the arrival of a young, well-off, eligible man named Mr. Bingley sends the Bennet household--with five girls of a marrying age--into a tizzy. But it's the introduction of Mr. Bingley's friend, Mr. Darcy, that sets in motion the fate of Elizabeth Bennet, resolved only after a labyrinth of social and personal complexities. Austen's novels are miracles of skillful plotting, fusing a rich understanding of psychological motivation with whimsical turns of chance. This superb BBC adaptation from 1980 zips along, thanks to lively performances, fluid direction, and a keen grasp of the wit of Austen's dialogue and her satirical characters, who range from clever and kind to utterly odious. Due to its faithfulness and deep appreciation of the material, this five-episode miniseries stands up against any other film or television adaptation, though Ri...