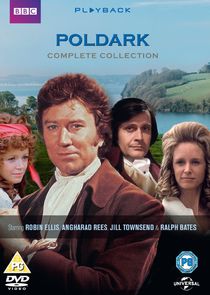 Romantic TV drama series set in 1780s Cornwall. The story begins when Ross Poldark returns from the American War of Independence to claim his inheritance and marry his fiancée, Elizabeth. However, during his two year absence, false reports of Poldark's death have been circulated, and Elizabeth has found comfort in the arms of another.