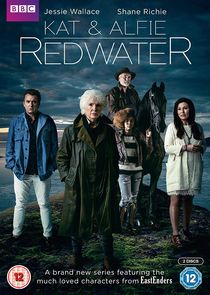 In this thrilling new drama, a mother travels to Ireland in search of her lost son. The picturesque village of Redwater is a peaceful idyll on the Irish coast, untroubled by the trappings of modern life. Twenty years ago, a boating tragedy ripped the heart out of this village's close-knit community. The deaths of Iris Dolan and her niece Aoife appeared to be an accident - but the truth was left buried at the bottom of the harbour.

For Kat Moon, an open-hearted woman from the East End of London, Redwater could be the key to finally making sense of her fractured past. She is in search of her son, a twin taken from her at birth without her knowledge. And a cryptic postcard has led her to Redwater to find him, with her husband Alfie in tow. Redwater is in danger of collapsing under the weight of its secrets, until Kat begins asking tough questions that finally let the village embark on a cathartic reckoning. But this cleansing of Redwater's past will come at a great cost. As Kat dives deeper into the private lives of the people here, she risks being fatally swept up in the storm she's started. Is one of the young men scarred by that tragic night really her son? And, if so, what sort of man has he become?