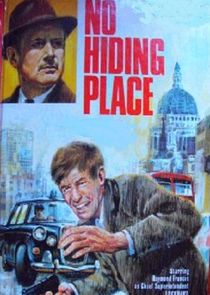 Continued from the TV series Murder Bag and Crime Sheet, No Hiding Place was a highly successful show which follows the cases of Detective Chief Superintendent Tom Lockhart of Scotland Yard and his assistants. The series was produced live in a studio and therefore only a handful of the 236 episodes were ever recorded and still exist.