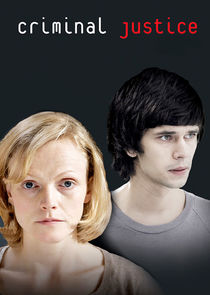 Thriller by Peter Moffat about the challenges and politics of the criminal justice system seen through the eyes of the accused.

Season one follows Ben Coulter (Ben Whishaw), a young man who is accused of murder after a drunken night out, though is unable to remember committing the crime. Season two follows Juliet Miller (Maxine Peake) as she struggles to come to terms with her life after attempting to kill her husband, a respected and powerful barrister at the height of his profession.