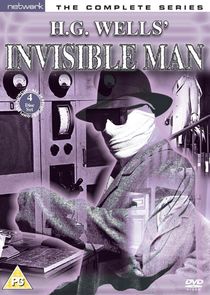 British scientist Peter Brady discovers the secret of invisibility, and is inadvertently rendered unseeable. After a brief period of secrecy, his new nature is revealed to the public and he becomes a celebrity of sorts, while traveling the world fighting crime and dealing with enemy agents, dictatorships, and saboteurs.