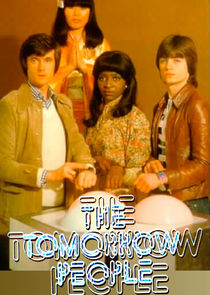 The Tomorrow People are British teens who have special powers. They can communicate to each other using telepathy. They can also transport themselves (they call it "Jaunting"). With the help of Tim their talking computer they battle the bad people of earth and space.