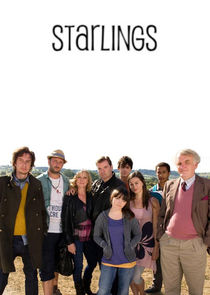 "Starlings" follows the lives of a typical working-class brood who live near Matlock in Derbyshire. Granddad has recently moved in, following a rabble-rousing incident at the old folks' home. Rather than see him unhappy, Terry and his warm-hearted wife, Jan, decide to move his father in to their already crammed family home.