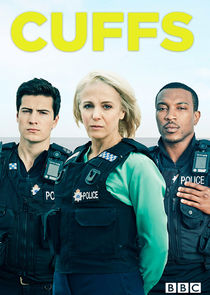 Cuffs is a fresh, authentic and visceral drama that will take the audience on an exhilarating ride through the challenges of front-line policing. Adrenalized and vibrant, the show is packed full of dramatic incidents and colourful characters. From a booby trapped cannabis farm in a suburban semi to an elderly farmer's wife with a shotgun, the stories are surprising and exciting. There will be more absurd altercations - such as a middle-class dog-napping or fisticuffs between pensioners - as well as the daily grind of speeding drivers, city-centre shoplifters and Saturday night drinkers.