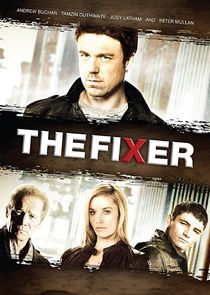 John Mercer (Andy Buchan) is an assassin for the state - beholden to his sinister master but not the boundaries of the law.

Released from prison unexpectedly early, Mercer is introduced to Lenny Douglas, a police officer retired on the grounds of "ill health". He quickly realises his newfound freedom comes at a price. Douglas runs an unofficial operation with a single brief: dealing with untouchable criminals and disorganising crime. Mercer's role is that of hitman.

On hand to help Mercer fulfil each hit are Calum, whose main interests are girls, drugs and music, and the sharp tongued but seductive Rose, an ex-copper forced out of the police by scandal. The team are brought together to bring order where the law has failed. But can operating outside the usual parameters of the law – even under the pretext of protecting it - ever be justified?