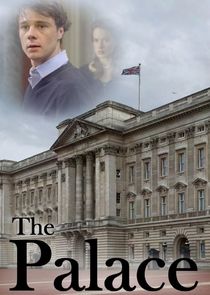 The sudden death of the old King means the crown passes to Richard, the 24 year-old Prince of Wales. Richard is thrown into a role he thought he'd have twenty years to perfect, whilst the nation waits for him to mend his ways and fill his father's shoes. He gets support, of a fashion, from the Royal Family: His brother Prince George, his glamorous and ambitious sister Princess Eleanor and his beautiful but damaged mother Queen Charlotte; each of whom have their own agendas and personal problems. He will be guided by his all-knowing Private Secretaries and a downstairs team of Pages, Valets and Footmen, and they're going to enjoy all the fun of working in the smartest address in the world. But in a tabloid culture where sensation rules, and love must give way to duty, Richard will be forced to question whether his quest to become a suitable ruler is really worth the price…