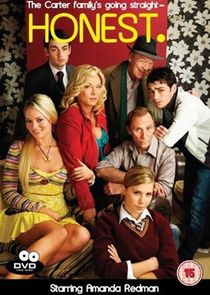 Meet the Carters, a family of tricksters, thieves and blackmailers on first-name terms with the old bill. They've been a mini crime wave for years but things are about to change. Mum Lindsay decides enough is enough when dad Mack is banged up for robbery: it's time the family went straight. But some of her children have other ideas. The eldest, twin sons Taylor and Vin, may look identical but the similarities end there. While mum's favourite Taylor toils away at law school, Vin's more interested in following in dad's footsteps. But is Taylor quite as innocent as he looks? And then there's Kacie, who dreams of a career on the catwalk, but in the meantime has to get by on jobseeker's allowance. The youngest, 15-year-old Lianna, is the smartest of the lot. But even she's no angel, blackmailing her deputy headmistress so she can bunk off school.