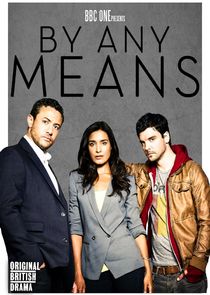 By Any Means follows a clandestine unit living on the edge and playing the criminal elite at their own game, existing in the grey area between the letter of the law and true justice. Led by the sharp and elusive Jack Quinn, alongside straight-talking Jessica Jones and digital whizz-kid TomTom Tomkins, this brilliant team will stop at nothing to catch the criminals. Receiving their target from the mysterious Helen, they weave a web of cunning and deception to deliver their unwary targets into the arms of justice.