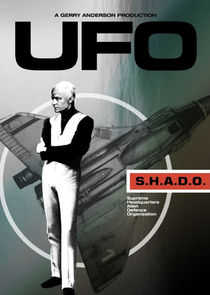 Around 1970, the British and American governments receive incontrovertible evidence that aliens exist and are abducting humans. In cooperation with the United Nations, they set up a secret worldwide organization, SHADO (Supreme Headquarters Alien Defence Organisation), which operates in the 1980s. With resources and equipment under the seas, in the air, on land, in orbit and on the Moon, SHADO's purpose is to stop the alien incursions and find out why the aliens want humans.