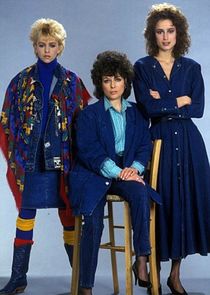 An all-female detective agency, the 'Eyes Enquiry Agency', is formed as a front for the Home Office's new security operation, the 'Covert Activities Thames Section' or C.A.T.S. for short. Initially lead by ex-Oxford University President Pru Standfast, she was in charge of the unit that exeprienced ex-cop Maggie Forbes, computer geek Fredrica Smith, and from series two, Tessa Robinson who replaced Pru. Their contact with the Ministry was Nigel Beaumont. Made by Television South (TVS) for the ITV Network. Currently copies exist at ITV Archive, notably Maidstone Studios or at Leeds Archive and Disney own the actual rights through company acquisition although the paperwork is missing.