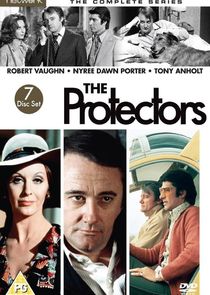 Three affluent international private detectives/troubleshooters are charged with ensuring the protection of innocents. They belong to an organization called The Protectors and are based in London. Harry Rule leads the group. The Contessa lives in Italy when she isn't working with Harry; she runs her own detective agency that specializes in exposing art frauds and recovering stolen art. Paul Buchet works out of Paris, and is the group's researcher and gadget specialist.