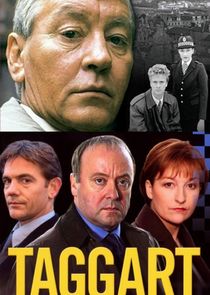 In the early eighties, Robert Love, Controller of Drama at Scottish Television, and Glenn Chandler, pathologist turned writer, created a Glaswegian police detective named Jim Taggart. A creation which resulted in a world-wide successful television drama that has lasted for over twenty years. With over eighty episodes currently in the can the series, which follows the exploits of Maryhill CID, continues to win over viewers old and new despite major changes in the cast which caused most in the business to write it off. Since the pilot episode "Killer", the only instalment to not carry the trade mark name, to the most recently aired episode, the show has presented more grizzly murders and plot twists than even the most ardent of fans can remember. Its film noir quality along with the stunning setting of Glasgow, the second city of the empire, that helps it remain a success even after...