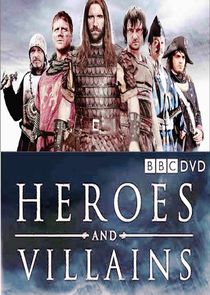 Lavish, all-action dramatic spectacles based on the lives of six men who shaped the world around them, either by sheer force of will, genius, courage or even greed. Powerful, magnetic personalities who have earned their place in the world's imagination, all prepared to die for what they believed in - whether it was God or gold, the pursuit of power and glory or a magnificent ideal. From Spartacus, the gladiator who brought Rome to its knees, to the audacious military genius Napoleon, this series combines absorbing drama with CGI to ask what were the motives, the strengths and even the weaknesses that drove these men to achieve what no one else had dared. The amazing stories of Hernan Cortez, Attila the Hun, Tokugawa Ieyasu, and Richard the Lionheart are also included. Series comprising the dramatization of events surrounding six of the most enigmatic historical figures.