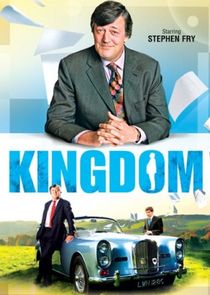 In his first drama for ITV since Jeeves and Wooster in the 90s, Stephen Fry plays a delightful village solicitor in Norfolk, in a picturesque setting and living a wonderful listed house while driving an Alvis. Surrounded by eccentrics including a nymphomaniac sister just out of rehab played by Hermione Norris (Spooks), a dotty aunt in a home (Phyllida Law) and a bizarre collection of local clients. To top it all, his brother is missing, presumed dead, when his clothes turn up on the beach.