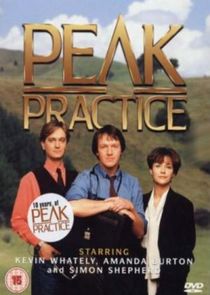 Peak Practice was first broadcast in 1993, the series was about a small country GP practice in the ficticious village of Cardale in the Derbyshire Dales. Having inherited the practice from her father Dr. Beth Glover (Amanda Burton) was the first Senior Partner. Along with Will Preston (Simon Shepherd) and Jack Kerruish (Kevin Whately) the three doctors ran the surgery for three series. Peak Practice follows the highs and lows of life in Cardale for these Doctors and others that followed them. The Series came to an end in 2002 after 12 succesful series.