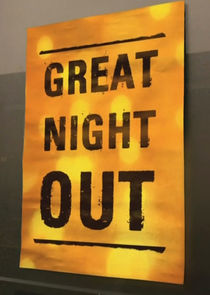 Comedy about four thirtysomething men who gather for a weekly night on the tiles in Stockport, as they try to help each other solve problems surrounding work, romance and family. Would-be alpha male Hodge narrowly dodges wife Kath's fury after botching the plans for their wedding anniversary party - and then he and the other lads get waylaid on the way to the venue after stopping to help a worse-for-wear companion.