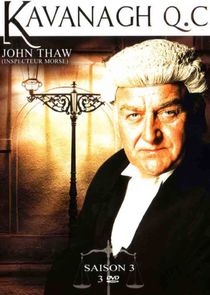 The series starred John Thaw as barrister James Kavanagh QC who comes from a working-class upbringing in Bolton, Greater Manchester. This is only discovered in later episodes as his parents' health deteriorates and through an exchange with a colleague who presumed that Kavanagh was actually a Yorkshireman. The series dealt with his battles in the courtroom as well as his domestic dramas which include the death of his devoted and affectionate wife. Later he begins dating a fellow barrister.

In court Kavanagh is usually seen to be defending a client who seems likely to be convicted until a twist in the case occurs, but occasionally Kavanagh is seen in a prosecuting role. The main plot often features Kavanagh confronting cases with a subtext of racism, sexism or other prejudice. In sub-plots comedy came from the pomposity and self-absorption of Jeremy, a posh barrister in chambers. Kavanagh will not stand for injustice and is never bullied by threats or bribes from those whom he is up against in the courtroom.