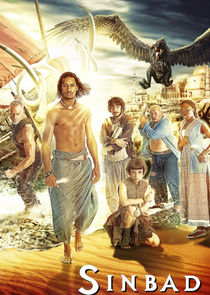 Sinbad is a young man on a quest for redemption, condemned to keep searching for a way to lift the curse that chains him to the seas, until he can find the goodness in himself. Sinbad provides for himself and his family by fighting for money, but inadvertently kills a man, causing him to escape to sea as a stowaway. The 8th century Arabia is a melting pot of cultures, faiths and creatures; full of life and color, but also threatening and volatile. Before their journey is over, Sinbad and his crew of outcasts will not only have to brave their own demons, but some of the most dangerous enemies imaginable.