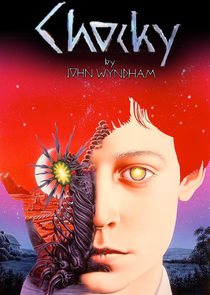 This Thames TV adaptation of a novel by John Wyndham is about a twelve year old boy named Matthew Gore who becomes host to an extraterrestial entity named Chocky. Chocky is a very inquisitive entity which asks all sorts of questions about life on earth. Matthew tries to keep Chocky a secret from the people around him, but this is hard since he can't help talking to Chocky out loud. It turns out that Chocky is an advance scout from another solar system who was sent to Earth to find a possible location for a colony for her people. She decides that Earth is not a suitable location but stays anyway because she feels it is her duty to help humans discover a new source of energy. Chocky helps Matthew in certain things like looking at the world in a way he's never looked at it before, from the eyes of a stranger, and by saving him when he and his sister almost drown. But Chocky also endan...