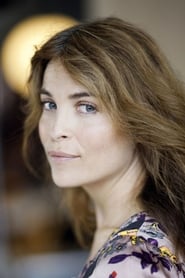 ​From Wikipedia, the free encyclopedia

Björklund was born in Danderyd, Stockholm County but she quickly moved to Finland with her family.[citation needed] She has acted in movies and in television series. Some well known movies include Rukajärven tie (int. Ambush), Levottomat (int. Restless), Minä ja Morrison (int. Me and Morrison), and Vieraalla Maalla (int. Land of Love). Björklund is married to Finnish actor Peter Franzén. In September 2007, Björklund gave birth to their first child, a boy.

Björklund moved to the United States in 1999. She currently lives in Los Angeles with her husband. She has also lived in France during her early years.

She fluently speaks Finnish, Swedish, French, English and also some Russian, and Spanish.[citation needed]. She studied in the Theatre Academy of Finland from 1993 to 1996.[citation needed] She left the school when Svenska Teatern (Swedish theatre in Helsinki) hired her.

In September 2010, Björklund's career in the United States took a leap, when she had a minor role in The American,[1] alongside George Clooney.[2] She played the role of Clooney's lover, Ingrid.

Description above from the Wikipedia article Irina Björklund, licensed under CC-BY-SA, full list of contributors on Wikipedia.