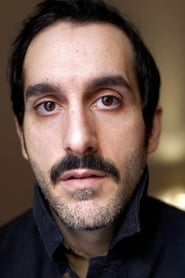 Levan Akin is a Swedish/Georgian filmmaker, director, and writer. He is of Georgian descent. His parents came to Sweden as immigrants in the early 70s. Levan Akin started of as an intern at SVT, the Swedish Broadcasting Network. Later he worked as a handyman at the famous "Studio 24" of renowned director Roy Anderson (Songs from the second floor). He has worked as a director's assistant on several TV and film productions while at the same time making his own short films. "The Last Things" is Levan's first officially released short. His first Georgian-speaking film "And Then We Danced" (2019) was shown at festivals in Cannes and London, and won the main prize at the festival in Odessa and the Swedish Guldbagge for best picture, script and best actor.

Netflix To Investigate The Unlikely Murderer

Netflix To Investigate The Unlikely Murderer